AH YES, BUT WHAT TENT FOR THE CHALLENGE?

I have a choice for the Challenge.

Well NOT yet, but I hope to maybe have a choice.

Wendy (the wonderful Stephenson 2R) now that she is repaired.

A Trailstar (this would I think be using an Oooknest as well, because it gives that extra bit of midge and nasty ticky barrier, and I am a southern softy).

I am going to take an MLD Ultralight Bivy regardless because it comes in at 213g, which is about the same as the Rab Survival Zone Ultralight, but bigger and I think more robust and waterproof. This also means that I do not have to use the Oooknest if I decide not to.
And it also will fit the Neoair inside it!

The weight side comes down in favour of using a Trailstar, even with the extras
and then there is the bad experience Wendy had with high (ish) winds at Ingelborough.

On the down side, there is potentially a bit more potential for exposure on the Trailstar.

There again, I don't need to carry tent poles since the Pacers will do nicely.

I really need to make a decision pretty soon, so that I can ensure I test whichever one properly a couple of times in the field before the great event.

My loyalty side says TAKE WENDY because she is wonderful.

My adventurous side says try A TRAILSTAR.

Ok I did cut my hair, but the Soul is still there!

Email ThisBlogThis!Share to TwitterShare to FacebookShare to Pinterest
Labels: Gear

A WORRYING SET OF CIRCUMSTANCES

In all honesty these are not a set of worrying circumstances,
but some, OK one is mildly disturbing.

You will need to read on!

Now, some people give up work, and then shortly after just drop down dead.

Personally I think I need to give up work BEFORE I drop down dead.

Unfortunately, the giving up of work is not practical at the moment, what with the dependent teenage offspring.
It has thus struck me recently, that it would have been sensible to maybe not wait until I was past 40 before producing the next Walker generation.
Don't get me wrong, I think that they are brilliant, it is just that I would like to stop having to earn a crust.

For myself, I could happily live in a log cabin in the middle of nowhere.
Ok briefly I might miss the technology, but .....

I finally got round to seam sealing Wendy last week, and attaching her new extra guy ropes
courtesy of Sean at Oookworks.
Top man.      Did I say that before?

I will post a picture later on once she has been up in the garden, but it rained for the first half of the week, and what with WORK, (did I mention that as well?), I have not had the time.
But soon. 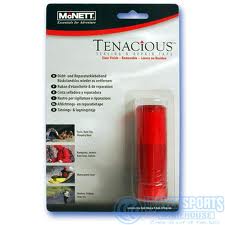 I so wish I had had some on last years challenge.
In fact when I got back I discovered that Lucy had bought me some for my birthday last March,

but I had forgotten about it and so did not take it.

It sticks to anything (ask our cat!)

My old TN Laser Competition has finally gone to a new home.
Here she is in her new garden, and I hope Sandy does not mind the photo going in.
If he does I will apologise and remove it.
See how much happier she looks now she is not stuck in my Wardrobe. 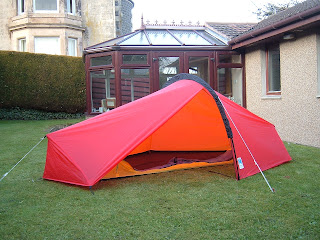 SO, NOW TO GET THE TRAILSTAR!

A worrying development with Alcohol 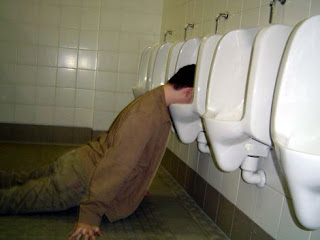 Yes you heard it here first!


I think that since about 28th Dec,    I have drunk 2 cans of beer!
That is it!
Total consumption.


Considering the Challenge is in under 11 weeks now,
and I have to go on a pre Challenge weekend as well,
I am not sure what to do.

I may have to try and force myself to drink a can of Abbot Ale tonight.
But last time I tried, I drank ¼ of a can and left it in the fridge for a week,
then poured it down the sink.
With hindsight, I nice Ale Pie may have been a good use!  Damn!

And I have a bottle og Glenlivet 12 years single malt, and 2 bottles of Sloe Gin waiting to head into the hills.

I expect to get some suitable suggestions!

A know that I shouldn't, because the Vet said that Jasper Hound is old and arthritic and is not really allowed to go for long walks / runs anymore.

We went to Fleam Dyke anyway
(not going to do loads of photo's because I have done that blog).
It is just over 5½ K each way when you go to Balsham, and then there is the extra 3 or 4 K bit at the end into Fulbourn, so it is a bit far for him (and for me at the moment).

BUT.. we did it anyway and the weather was brilliant.
The sun came out and apart from the 'arse brained tossers' on motocross bike (see later), it was a lovely run.

THE DANGER WITH CROCODILES

Now, when you are running along a narrow track, on a day as beautiful as it was today, with not a care in the world, it is VERY VERY easy to not spot the crocodiles on the path.

You may remember that I fell foul of these buggers last year a few weeks before the challenge and nearly cracked a rib.

WELL. I did it again today.

One second everything was fine and Dandy, and then I was suddenly stumbling in space desperately fighting gravity, as the ground was coming to meet me.

So, we scrubbed ourselves down ( as you do ), and carried on.
Hands scuffed, elbow scuffed and both knees rather sore! 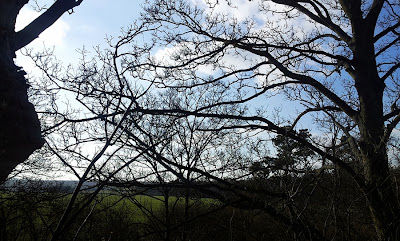 Did I mention the utter TWATS on motocross bikes going along the top of Fleam Dyke?
WANKERS!
These were not young ones either, these were older well dressed in terms of bike gear, probably (I generalise totally here) middle management tossers, who had taken their motorbikes through a narrow gate that blatantly said NO CYCLING it being a FOOTPATH and all, and had then ridden them along the top of the Dyke Path, which is a historical monument, churning up the track.
They had also ridden them down the flight of steps at the end.

I can say no more than complete utter wankers!
May they soon contribute to the advancement of Neurology and Orthopaedics.


On a plus note, there were bits of broken fender at the bottom where someone on a bike had obviously fallen.
Shame it wasn't his fucking neck though!

And back to another pet hate of mine.
People who collect the shit (let's not beat about the bush here) from their dog in a plastic back and then just lob it into the nearest tree or bush. 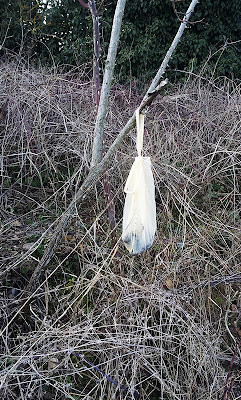 What the FUCK did you bother for you moron! 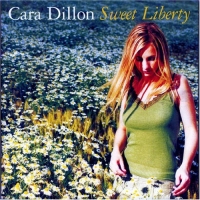 I couldn't find this on U Tube so Cara Dillon's song
Falling Like A Star from the Album Sweet Liberty
(The whole Album is excellent)
by Andrew W @ 18:44 2 comments:

WINTER FOR A DAY

It has been an interesting last few weeks.
Since I managed to recover (ish) from my excellent Christmas illness, everyone else in my house has been laid low with the dreaded lurgy.

Lucy has been ill.
Harriet has had a cough and sore throat for the 3 weeks,
and Olly has had the same thing to the point where he is now on antibiotics, and it's driving him nuts.

So, all in all we are having a joyful time here.

Add to that the ludicrous amount of work I have had to catch up with.

I was going to write about the bloody trouble Al and I had trying to get any sense at all out of Scot Rail and bargain berths on the sleeper.
I might dedicate an entire blog to that debacle, but now is not the time.

Sadly winter down here has been and gone.
It was last weekend, and very very pretty it was (be it all brief).

And because of that here are few pictures from the Fens.

And now it is just grey and overcast and raining.
Bloody miserable!
Personally I preferred the snow.

Actually it is now spring down here (nearly), and the early knockings of little yellow plant things that have a name that I do not know and actually don't care about, and what are probably snowdrops (minus the snow).

Talking of snow.
I bought Lucy some Snow Socks for her car at Christmas.
They are proving to be very useful (NOT).

And before anyone says that was much of a present, she also got amongst other things,
a rather fine North Face Arctic Parka which is apparently one of the best Christmas presents she has ever had. (And they were her words not mine, just so you know)
Of course I haven't bought her a present for 15 years so anything is good. (That is a lie by the way)


So anyway, where was I. 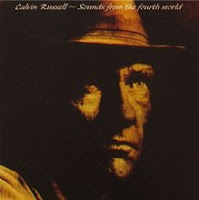