Just not enough hours in the day

Now this next bit has nothing to do with the title, but explains the rather long pause between entries on this blog.
It has been an odd month, what with one thing and another.
Firstly with my Uncle being in hospital and then taken into care and then sadly passing on.
My aunt needing a lot of support.
Olly (no one son) damaging his medial collateral ligaments on his left knee playing with Northampton U16's and then my mother falling over and bashing knee and not being able to get about.
She thinks she is still in her 30's so finds it annoying when recovery is a long old process.
The fact that she will be 87 in December has somehow slipped from her knowledge.
She only finally owned up to trying to hop on one dodgy leg while putting her trousers on in the bathroom when the Dr asked exactly how she fell (kids eh).
Oh yes, in in between all that lot there is work and stuff!

Still all that behind us now, and as long as they find nothing nasty in the irritating lump near my groin that has appeared since the hernia operation in July, all may go well for the future.
There will be no accompanying pictures of this (YET).

So no new kit on the horizon and pensively awaiting notification good or bad of placement in the next Challenge, I have actually managed to get out a couple of times in the last few weeks.
Locally only but worth the odd picture or 3 maybe.

And thus we come to the title. 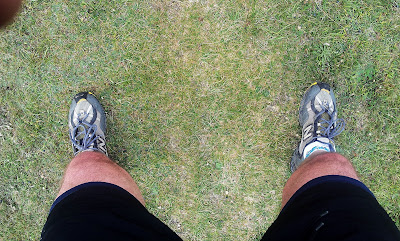 As horrid as the image is, I am at this point straddling said Dyke.
It's a nasty view and I do need to loose about 12kg. I haven't done anywhere near enough recently. 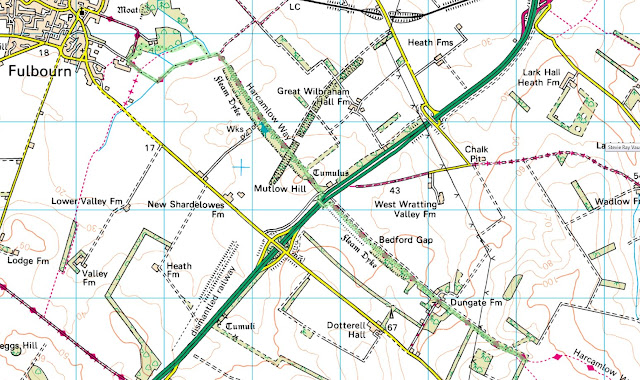 Although flat hereabouts (well most of hereabouts to be honest ) there are a couple of very nice Dykes near by. Devils Dyke and Fleam Dyke.
Fleam Dyke being the shorter of the two but still a goodly distance for a run with the dog, even with the accompanying groin pain. I'll stop going on about that! 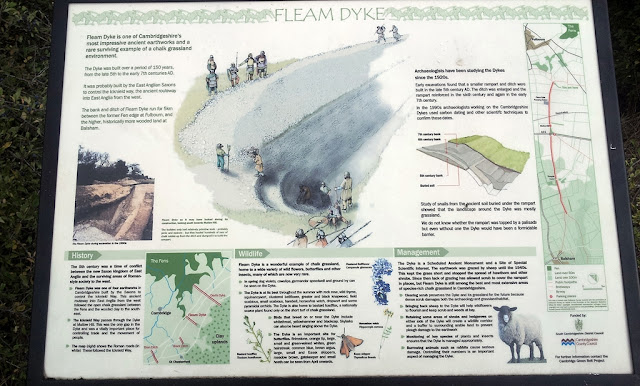 It's a nice walk or even run, on a pleasant day, and Jasper hound, despite his ageing years and dodgy right front leg had a great bound along it. 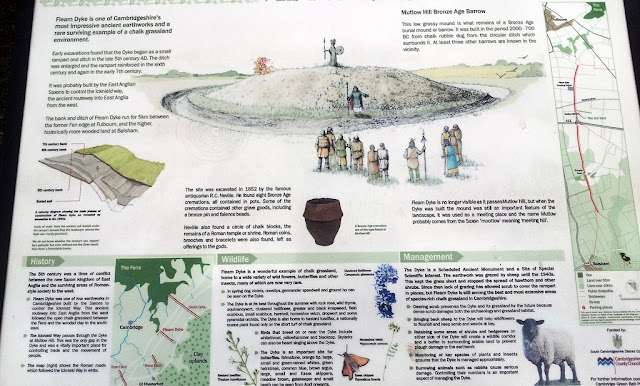 The route back is along the Dyke, but there is a very pleasant detour available through the nature reserve at Fulbourn, parts of which are soon I think to be flooded and walkways put in, in the same way that they will be flooding the area beyond Tubney Fen. 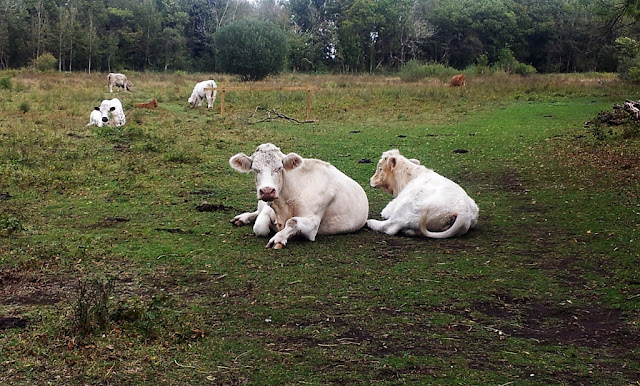 AND A SMALL DETOUR WALK

You know how you know where you are going and then you are wrong!
Well, the other day, Lucy and I took the dog for a short walk from Upware round parts of Wicken Fen and then back along the river to the car.
The weather was fantastic, indeed the only $h1t month was August (during the so called holidays).

I have been this way often on the bike, via Burwell fen, so when we got to the bridge at Burwell Lode, just passed Priory Farm, I insisted (as I sometimes do), that there was an excellent walk up the left side of the river rather than the right.
This was indeed true, apart from the fact that at the point marked OOPS!, there is no way across the river other than a boat or swim.


So anyway, went back to the bridge.


But we all lived happily ever after (more or less!)

This was the fantastic view 2 days ago along Quy water whilst with the dog.
He is a black dog, so obviously you will not be able to see him.
Let me know if you can, because I couldn't 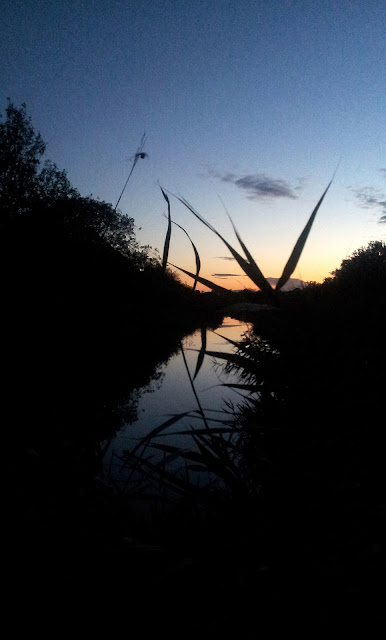 This is the final sentence! Well not ever of course!