Harry Manx - Dew On Roses
I never said I wouldn't autoplay them again.


YESTERDAY I took the 2nd wave of 4 recruits on another trip.

We had planned a bike ride.

BUT timing and lack of helmets meant that we went for another outing with the dogs to Fulbourn Fen, and then up to Fleam Dyke to partake of some history, and what for round here counts
as some pretty bloody serious elevation, I can tell you.

We gathered in the car while I got things ready.

A few simple instructions were read out.

Yellow's younger brother was towing the line, and quite rightly so after what happened on Saturday.
Lessons learnt.

Soon we had set of round the side of the Nature reserve and then off to the start of the Fleam Dyke path.
It was damned windy and few could stand on their own two feet.


At the top we learned about the building of the Dyke.

We headed off along the Dyke at a goodly pace.

It beggars belief looking at this sign, that not only do people still cycle along it.
But you may remember last year, I encountered 3 middle age, probably middle management,
arse-brained F***ing halfwits riding trials bikes along it.
May they rot in hell the tossers.

Anyway, we carried on the end of the first section before the A11.
I normally go over, but small puppy hound is not yet ready for footbridges over major roads, so we stopped by the barrow.

We looked at the scenery, although the team were horrified to see that some bunch of psuedo Green money making Hooligans had built a load of those Turbine things in full view.
Another spoilt landscape.


We buried him in the Barrow before moving off again


I say buried.
That's what I told the other members of the party, and his family.
In all honesty, I ate him.

So we headed back along the Dyke in glorious sunshine, and a rather bitingly cold wind

Back at the Nature Reserve we decided to do a bit of a lap.
It is a bit early for the Orchids to be out, but still some lovely walking.

So we headed off over the old Moat and site of the original Manor House.
No hose there now, but the Moat remains.

Purple and Yellow thought it would be a wizard prank to get into the picture board of the old Moat house. 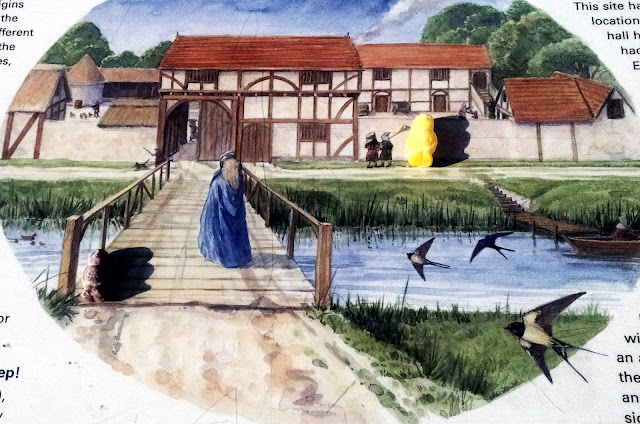 Fun over, it was time for a brief rest by the old fallen stump in the middle of the Moat

We headed back to the car.

The sun was still high in the sky, I so much prefer the longer days and later nights.

We headed back through the woods and to the car.
Hamish the Pupster doing his long winded thing until we got back to the car and he reappeared. 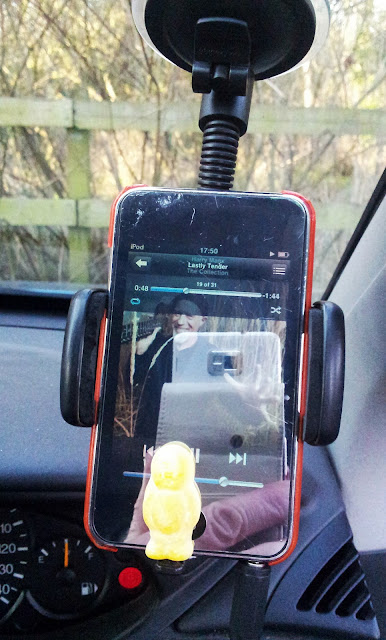 Back at the Car, Yellow was given a debrief.

He didn't make it out of the car park area.

There are going to be some heavy heavy losses on the TGOC in May.