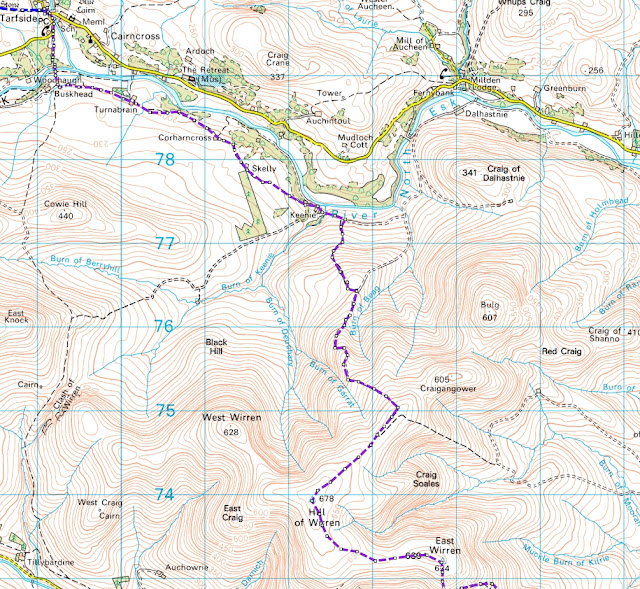 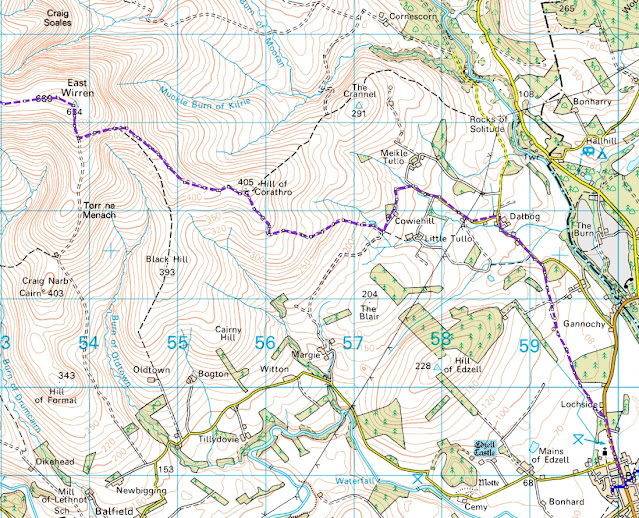 The day started with farewells, bill paying and breakfast at Tarfside. 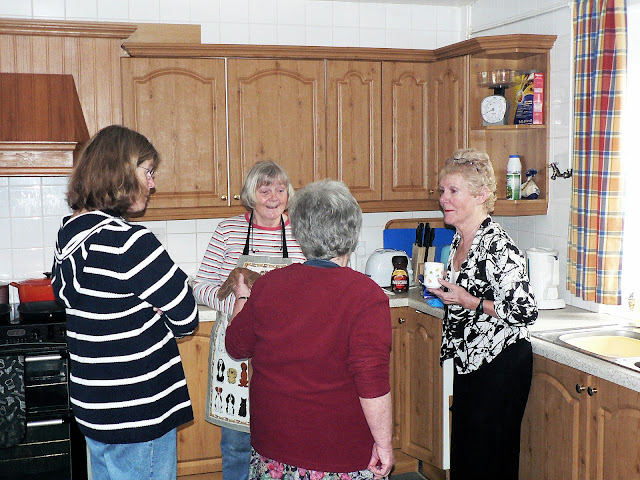 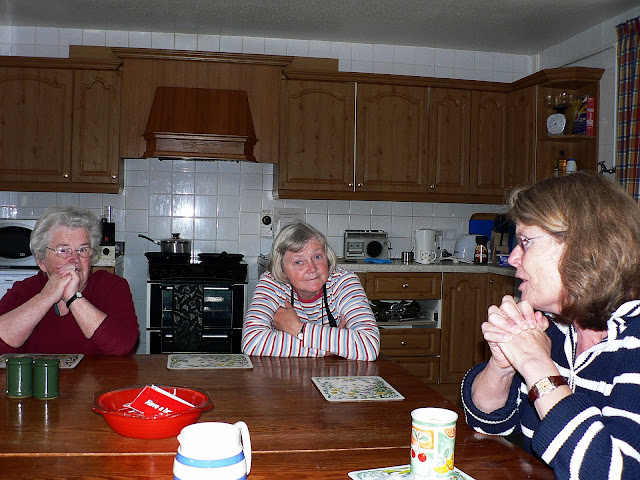 So, I headed away from Tarfside reluctantly , but with Bacon butty inside.
Over the bridge and down the road to the right, to pick up the small track that runs down to the bridge over the river.
Even back in 2007, this bridge was in a pretty dire way, now it is a collapsing no go area, with entrance and exit bound up with barbed wire.
From the far side there is an indistinct path, that takes you up to the top track that either heads over to the Clash of Wirren, OR heads East along above the lower fields past a couple of small buildings, and eventually climbs slightly up and over until you get to Keanie. I'm sure there are other options to head up, but I went over to Keanie, before taking a path that headed up to the Hill or Wirren.
There is now a big clear path that goes up there, and a lot of paths when you get up there. Back in 2007, the path fizzled out early on, and I had to make my way up via rough ground.
When I got to the top at the time, there was a large double wire fence across the path. I needed to get to the other side.
No gates nor ladders, I climbed up and over a corner post.
Pushing the pack under the 2nd fence, I climbed over that too.
Now at the time, nobody had mentioned miles and fucking miles of gate free fencing across the Wirren hills, and the endless black peaty bog, so it was a double shocking experience as I climbed down, to discover that this fucker was also electrified. ⚡⚡
I fell the last 3 feet landing near the rucksack.

Grabbing it I may have sworn aloud acts of vengeance and wrath I would reap on the idiotic scumbag that put the fence there, but nobody was there to punch.
I walked on heading east, by the side of the fence.
I was over it now.
All was going well, until I discovered that the evil bastards (probably to electrocute the English), had built another one at 90 degrees to this one.
No gates, no attempt at making a way over, or even under.

Well, I wasn't fucking do another electrifying Colditz style climb, so I decided to excavate a wet and damp ditch under it and push the bag through, and then squirm under commando style (no...not like the underwear thing), so 10 minutes later, wet, and filthy dirty I was walking along again.

As it happened, about 10 minutes later and with massive satisfaction that a spied a tractor (a quite new expensive one it looked to), to be sunken and unmoving in the muddy peat, over half way up the big tyres, and the door.  This baby was going nowhere, maybe ever.
I climbed up and looked inside.
Luckily, no sign of a mummified corpse or skeletal remains (not that I'd have mourned the buggers).
And so it was now on and on over to East Wirren, and then the Hill of Carathro, before descending what seemed forever, the track down towards Edzell. 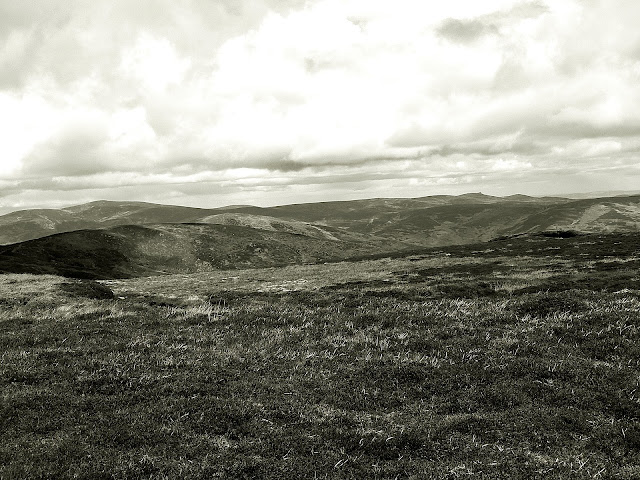 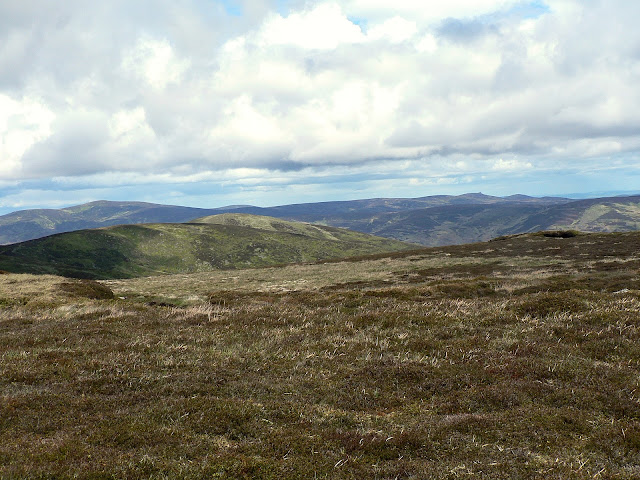 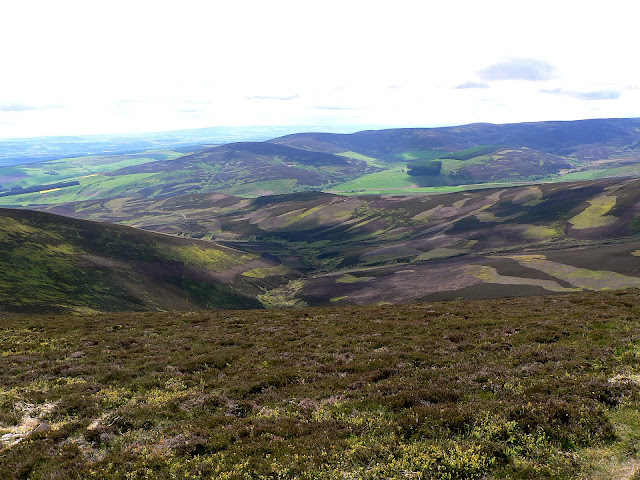 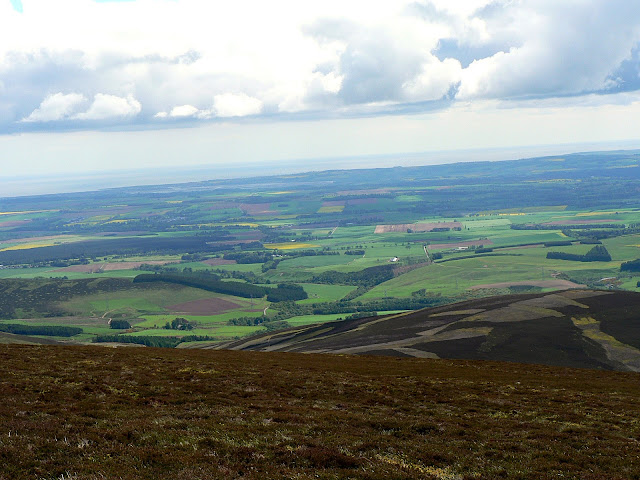 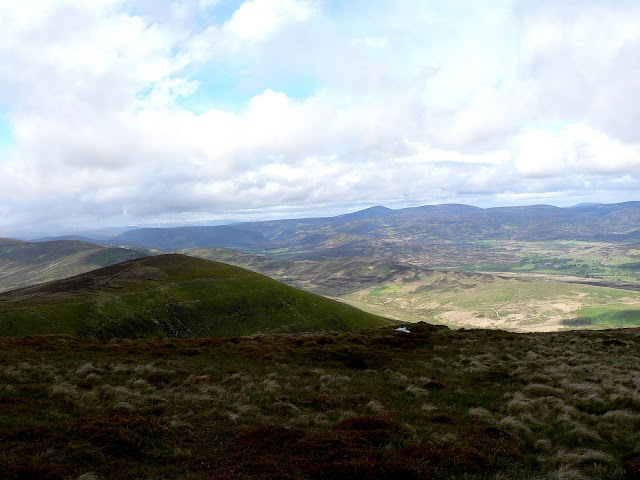 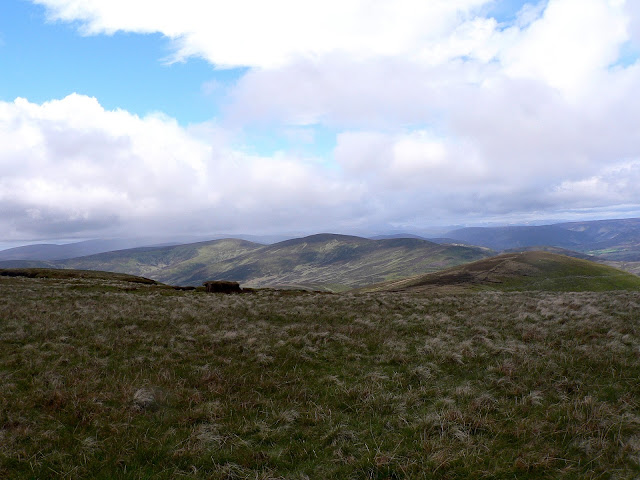 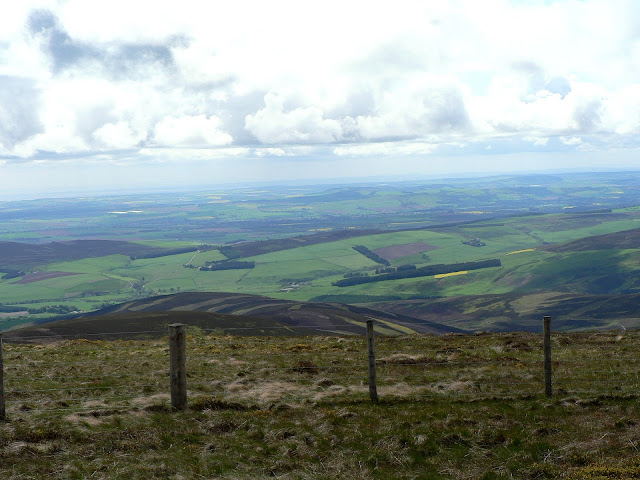 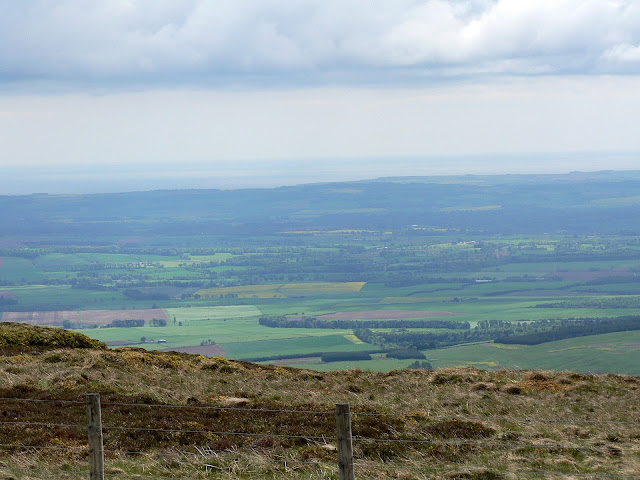 I came back out at Dalbog, taking the track and then road and then a bit more track via Lochside, a rather non ploughed field edge, before finally arriving on the outskirts of Edzell.
Headed in here, via the pub, and then headed to my previous B&B to see if they had rooms. Sadly the answer was NO, but she rang a friend round the corner, and I went there, which was good, because I didn't really fancy trying to get to the coast tonight.

Yes, it was day 10, I was too bloody fast across again 🤦‍♂️🤷‍♂️
What can you do eh...
TBH, it would take until my 2010 crossing that someone (Sloman and Lambert), slapped me into shape and the correct mental attitude to the Challenge.
I still thought it was a bloody Challenge of physical pain and fortitude. Oh what a revelation 2010 was, when I became enlightened to the fact that the hardship could be mixed with socialising, camaraderie and friendship. It would take me another 2½ years to discover the truth of the wonderful TGOC Family. 🙆‍♂️
I cannot give the exact location of the B&B, but they were very nice.
Showered and clean, I went back into town, to spend the evening and grab food at the Panmure Arms
Panmure Arms Hotel
I think the twin Towers David and John were there (R.I.P chaps)
Later after chats and beers, I headed back to the B&B and spent the end of the evening chatting with them. He had been a stalker on the estates for years. Some excellent tales, none of which I cannot remember 15 years down the line.
And then it was time to sleep.
Tomorrow would be day 11, and I would finish, miss the party again and be home by the end of the day 🤦‍♂️
Day 11 Mon 22nd Edzell to St Cyrus  (21 km, 205m Ascent) 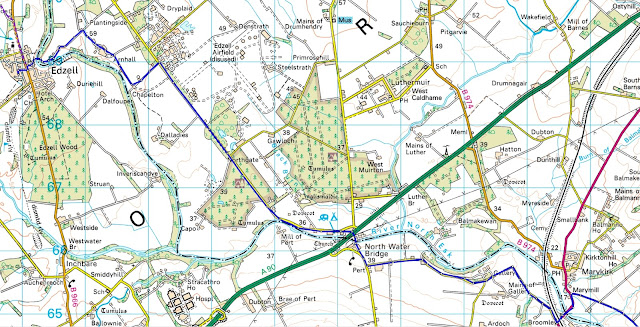 Breakfast over, it was time to head to the coast and the end of Successful TGOC No 4 (and I still hardly knew anyone 🤷‍♂️)
I was in such a pathetic rush, I hardly took any pictures today.

"Don't be like early Andy
Enjoy the walk and the scenery".
Heading back into town, and over the bouncy bridge.
picture from 2010. 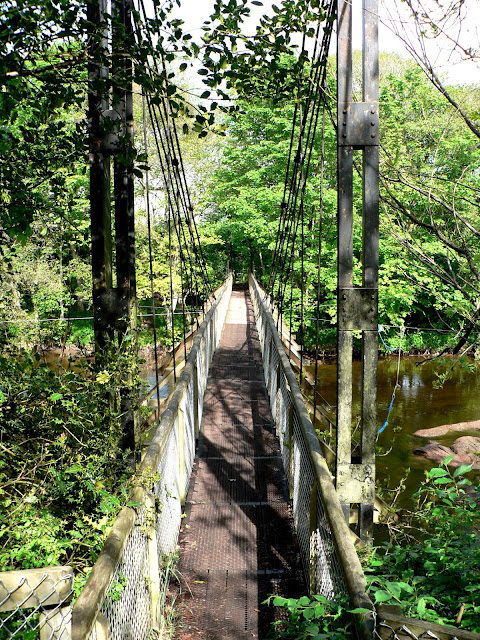 Then out via the farm tracks to take the ridiculous long walk down the dodgy road.I hadn't even spotted the nicer track that you can take, nor the idea of staying at NWB (not that anyone would have been there on the Sunday night anyway)
Passing over the nasty main road safely and then over the bridge to take the side road to Marykirk 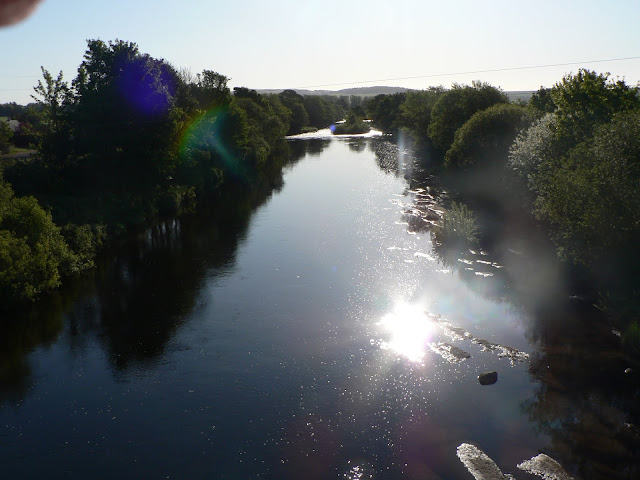 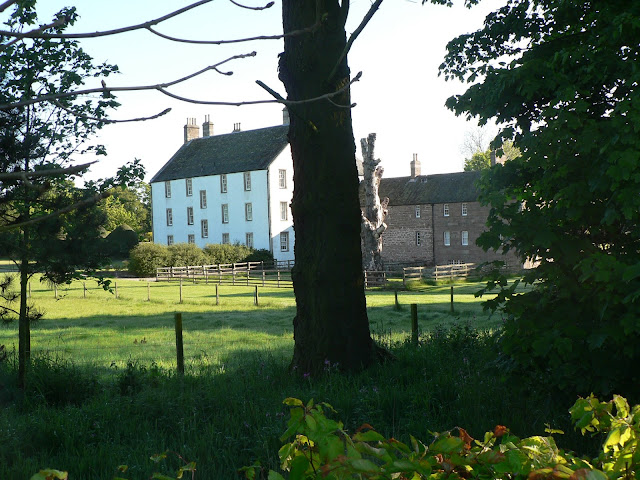 Rather than go through Den of Morphie (a nasty little dip), I went via Morphie and over the Hill of Morphie, for my first glimpse of the sea. 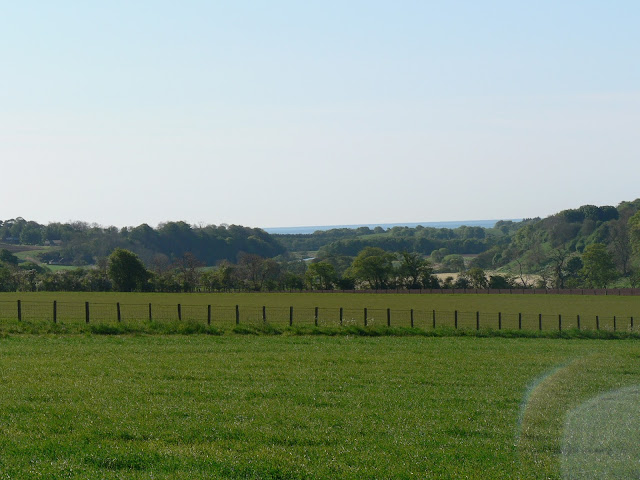 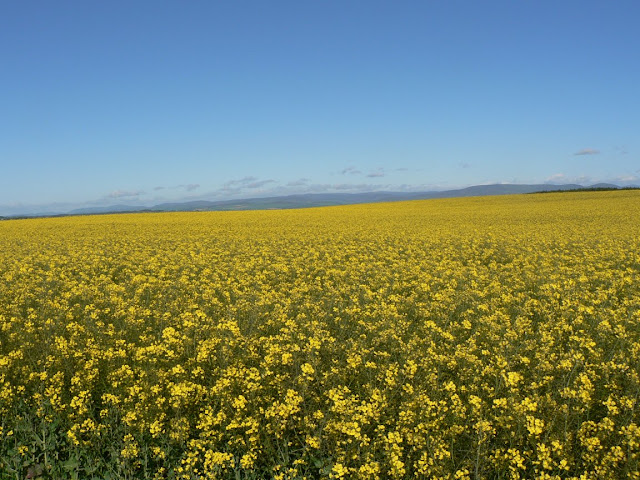 Finally, dropping down to St Cyrus to reach the Church at approx 09.30. 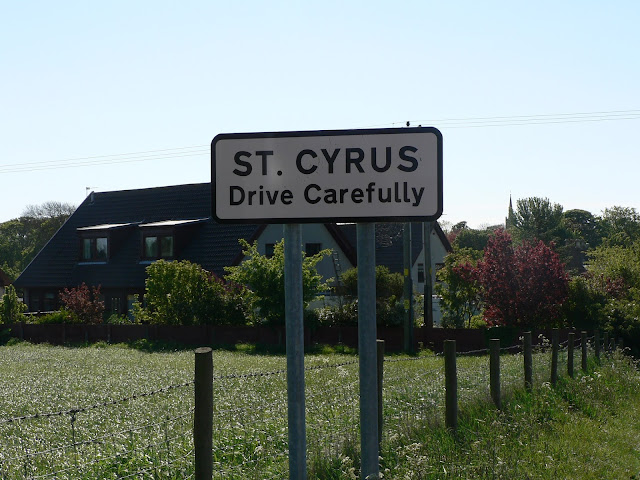 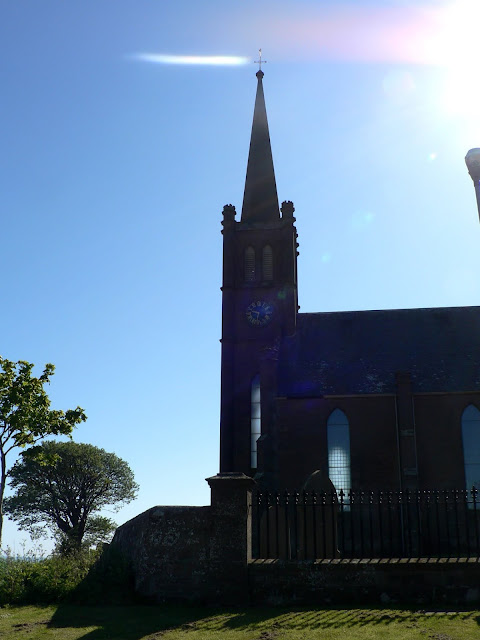 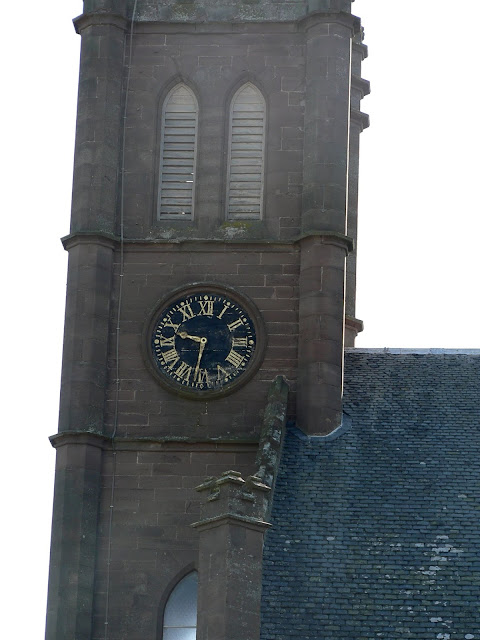 All that was left, was to head down to the beach, where there was nobody to take my picture. 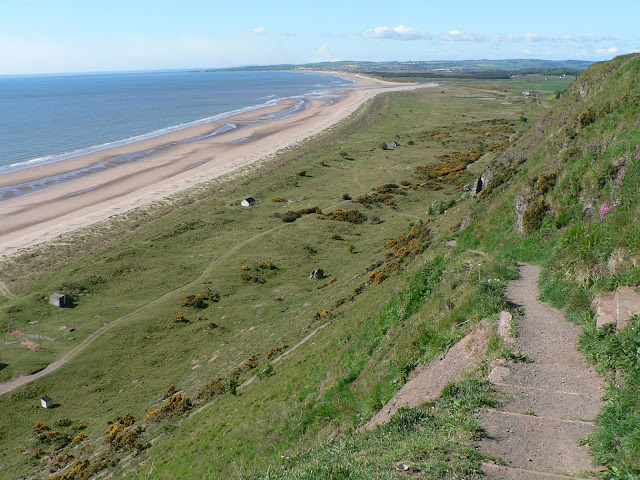 Since this image, there has been a lot of erosion and path route changes.
It still seems like a bloody big climb back up though. 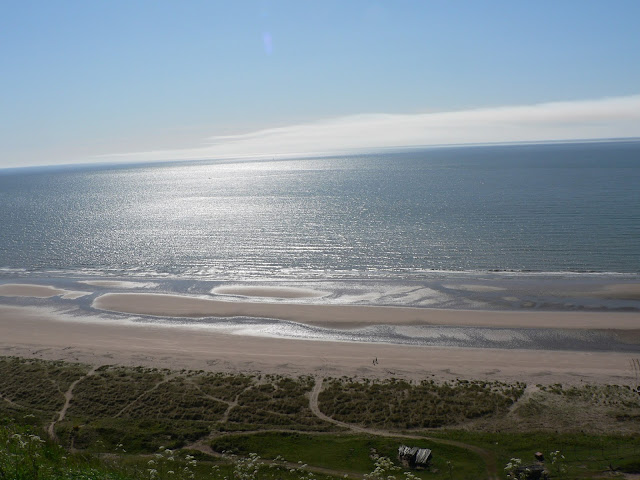 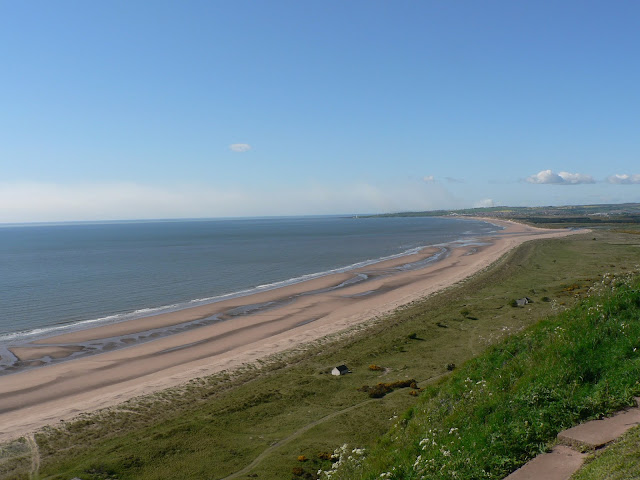 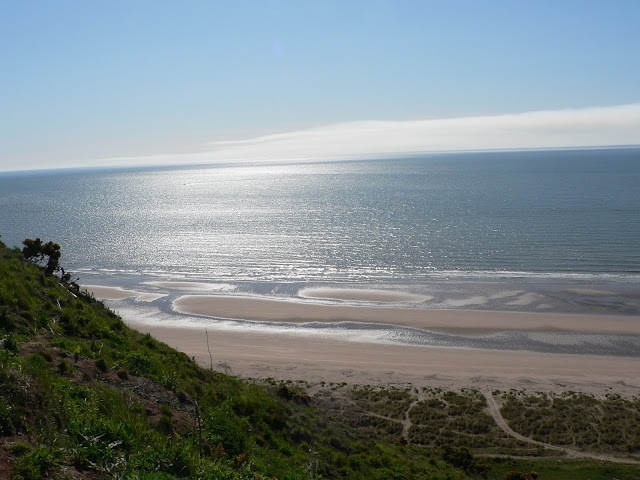 All that was left to do now, was to climb back up, and catch the bus into Montrose.
Still nobody else about.

Not sure what time I got to Montrose.
It was a quick pass in , grabbed my stuff, and then headed to the station for yet another expensive buy it on the day rail ticket home.
I think I caught a train to Kings Cross about 12.30, and was most definitely back home in Cambridge by that evening.

So, that was it.
TGOC No 4 knocked off, and still I hadn't managed to get the correct 14 day sociable crossing. 🤷‍♂️🤷‍♀️
That would have to wait until 2010.
In 2008, I didn't get a place, and did
Wainwrights Coast to Coast instead.
In 2009 (write up pending), I had my 2nd withdrawal due to a medical problem. OK, not at bad as the 2004 broken leg incident, but still not pleasant. You'll have to wait for that 5 day saga. It may be soon, or it may take some time.